These professional dance artists have performed all over the world and have an incredible repertoire of works to draw from in various dance styles. From powerful solos and duets, through to inspiring full ensemble productions, performances can be tailored to suit a particular venue, budget, and audience. 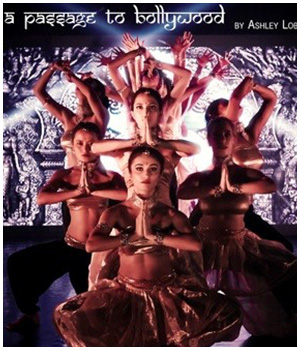 A PASSAGE TO BOLLYWOOD

A Passage to Bollywood is a vibrant stage musical with foot tapping music, colourful costumes and a gripping plot that keeps you at the edge of your seat, covering various aspects of the Indian Bollywood culture. It comprises of old classics as well as the latest Bollywood songs.

The audience can expect to experience drama, action, romance, and dance just like a typical Bollywood Film. A popular pot boiler, this one hour entertainment capsule of music and dance will cut across all genres and is guaranteed to engage and entertain all at once.

"Agni" is the Vedic God of Fire. It is a symbol of light and darkness, destruction and purification, beginnings and endings, sacrifice and knowledge. Fire ignites passion. Passion demands change through purification and destruction. In creating we destroy and in destroying we create. We create to destroy and we destroy to create. In this work, the dancers using Lobo's Prana Paint™ technique, take the audience on a journey of "Agni" as they seek the end. A journey that needs to be experienced more than seen, felt more than understood.

"We're hallucinating. And that's what this world is: a mass hallucination, where fear seems more real than love." - Marianne Williamson (A Return to Love) 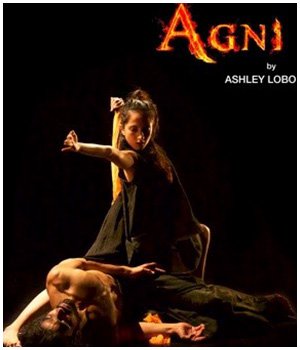 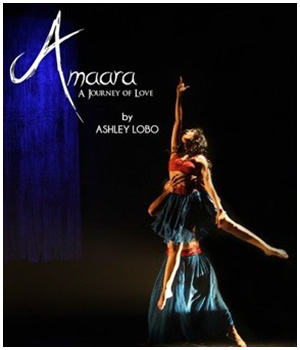 AMAARA - A JOURNEY OF LOVE

“I hear you, smell you, see you, touch you, taste you in every breath… you are my lover and I am yours? In one magical hour Amaara takes you into a world of experiencing the body and mind as they fuse their way to nothingness - a love story that just is and always was.

In this work, the dancers, using Ashley Lobo’s Prana Paint™ technique, journey through themselves to explore their own identity and oneness – leaving the viewer with an experience that is felt rather than seen.

COMPANIES & ENTITIES THAT WE HAVE WORKED WITH INCLUDE