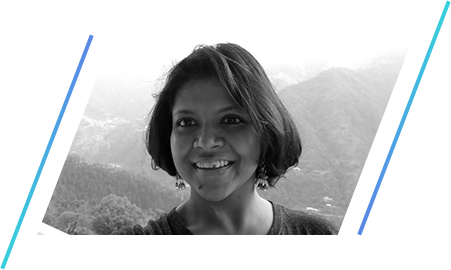 Shohini Dutta joined The Danceworx in 1998. She is trained in Bharatnatyam, Jazz, Contemporary, Classical Ballet , Salsa, Street Funk and Contact Improvisation. She has performed as a soloist in various pieces of The Danceworx Student Repertory Company repertoire, choreographed by Indian and International choreographers. She has performed extensively nationally and internationally representing the company.

Shohini is an experienced choreographer, and has choreographed extensively for both stage and film. She has worked as assistant choreographer with Ashley Lobo on over 25 films. She has also worked as main choreographer on stage shows, corporate events, trade exhibitions, feature films, and ad films. Shohini has also conceptualized and curated experimental/ collaborative projects with Indian and international collaborators, like 'Experimenta’, ‘The Chrysalis Project’, 'Danscapes', ‘Cascades - Artists Beyond Borders’ and ‘Liminality’.

She was the recipient of a prestigious from the French embassy to attend the Composition of Choreography Workshop at the Fondation Royaumont, France with Susan Buirge in 2006 and in 2018 she was awarded for her contribution to dance by Shri Vijay Goel (MP).

Apart from her work at TDX, Shohini is also involved facilitating the building of a wide range of artistic platforms for holistic arts through her NGO ‘Friends of ART’ and she is the Director of ‘Contemporary Arts Week’, a multidisciplinary performing arts festival. 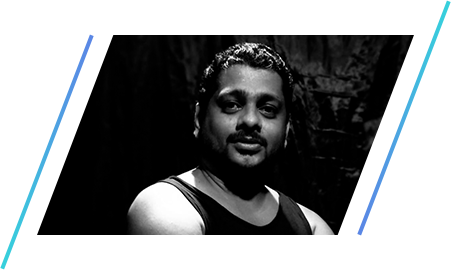 Jaison has danced in various pieces of The Danceworx Student Repertory Company repertoire, choreographed by Indian and International choreographers. He has performed in India and internationally.

Jaison’s vision to create a platform for people to let their creativity flow, to think out of the box and to create something amazing out of nothing. He also wants to create his own dance movement and style based on the flow of the Infinity Sign, that’s Ananta. 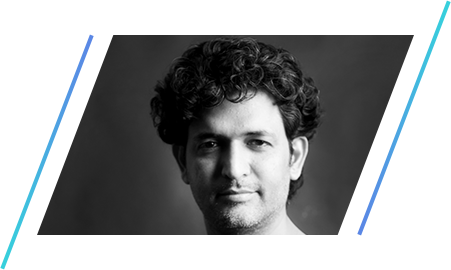 He has attended the Composition of Choreography Workshop at the Fondation Royaumont, France (2005 & 2006) with Susan Buirge on a scholarship from the French embassy.

Pankaj has an extensive performing resume. He has danced in various pieces of The Danceworx Student Repertory Company repertoire, choreographed by Indian and International choreographers. And he has performed extensively for stage, film and television. 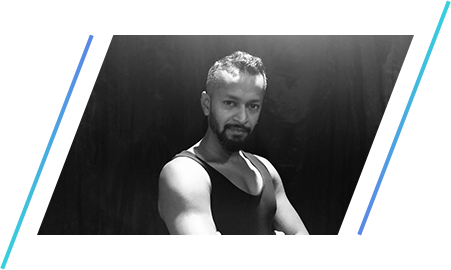 Ammith M L Kumar is based in Mumbai and works with The Danceworx performing arts academy and The Navdhara India Dance Theatre. He is trained in Modern dance, Jazz, Contemporary and Classical Ballet. He has also attended training workshops in Latin Ballroom, Funk, Hip-hop, Acro-Yoga, Yoga, Choreography Composition and Contact Improvisation. He is also a freelancer who collaborates with other artists from Indian Classical background and has choreographed and performed with them. He has also choreographed Indian commercial advertisements.

Mr. Kumar has been withThe Danceworx performing arts academy since 2009. He has also worked in several Danceworx studios, and assisted Mr. Ashley Lobo in the smooth running of the academy and the company. Currently he is working as the Assistant Artistic Director and a Board member at The Danceworx - Mumbai. He is also an integral part of the ProDance Youth Certificate Program. Both in Mumbai and Delhi, he has been performing extensively since 2003. He is also a part of The Navdhara India Dance Theater which is the performing wing of the danceworx since 2015.

Apart from teaching at all levels at The Danceworx, Ammith M L Kumar has been on the Board for more than 9 years, trained a lot of dancers professionally who have gone on to be a part of some of the renowned institutions and companies around the world, while some of them continue to teach in The Danceworx and outside. He plays a major role in recruiting and training young dancers for The Danceworx and The Navdhara India Dance Theater, and is a big part of their dance to leadership program. His dancers have also won the Grand Prix for two consecutive years 2018-19 at the Mosaic of Dance organised by the Russian Cultural Centre New Delhi.